It’s time for a little self deprecating humor.

When I was a little girl, I was fascinated with my mother’s lipstick: Fire Engine Red.

My curiosity led me to her vanity mirror where I smudged my little face with red.

That was the only make-up she wore.

That, and Chanel #5 and stiletto heels!

(they used to be called spike heels)

(as I write this in my cozy acorn wooly slippers)

The Mom that was a beautiful, spirited woman, who died too young, and left a little girl without the best woman in the world to guide her into adulthood.

So, perhaps it is no wonder that I have an affinity for lipsticks, pencils, and glosses.

But there is not a high heel in my closet. 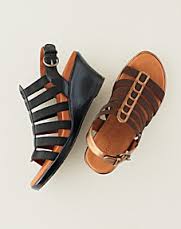 Well, dear reader, thank you for bearing with my meandering muse on early lessons and lingering influences about beauty. 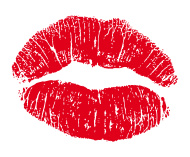 The tyranny of the past is never greater than when we do not recall.”

On this lovely spring morning, with Robins dancing about, it seems like torture to muse about the Shadow.  Sigh.  But as Jung taught, what does not come to consciousness, comes to us as fate.  The Shadow is tricksy enough–I’d rather chip away at it…

The Shadow, as Jung understood it, contains the best and worst parts of ourselves.  And it is a psychic function that these parts remain put away, hidden, in the shadows as it were–hidden away from ourselves by ourselves.

(what a phenomenal trick!)

One of the early major tasks of recovering from childhood trauma, is to retrieve the Child.

Left in the shadows, swimming in the old trauma soup, I had to find mine, bring her up, and love her for all that she is.

In the beginning, once we met, it was quite tender and positive.

In re-reading “Finding Meaning in the Second Half of Life”:  How to Finally, Really Grow up” by James Hollis, I realize that the child is quite alive and well in me, and that perhaps I had over identified with the positive side of the archetype–leaving the negative, shall we say to the Shadow?

Somehow, I wanted to make her Divine, which is mixing metaphors, archetypally speaking.

(I hope I am making sense here)

Hollis writes in the section titled Becoming Who We Think We Are about the inevitable existential childhood woundings of Overwhelmment and Insufficiency.

I was quite familiar with Insufficiency, but my Ego disallowed Overwhelmment as a possibility.  When I reviewed the stratagems of this wounded aspect,

(it took me 5 disturbing read throughs to get it)

I saw my Shadow Child there.

Hollis advises:  “After all, these adaptive stratagems experimentally evolved to help us survive, and without them we might not have gotten out of childhood.  But can we readily give our lives over to these conditioned reflexes now that we know they are there? … “

He further states: “Go ahead, defend that child as one should, but do not give it the power of choice in your adult life…learn anew that the adult can manage so much more than the child.”

I remember sitting with my beloved psychotherapist, guide, and mother mentor and exclaiming:  I forgot!

In context, let’s just say, that I had forgotten something quite essential to my own being and nature.  And in the process of Her presence, I remembered.

After my exclamation and reflexive self criticism on forgetting, She, with great love, reassured me that this is the human condition.

And, pointed out all are subject to the phenomenon of forgetting and remembering in developing consciousness.

If memory serves, this was over a decade ago. 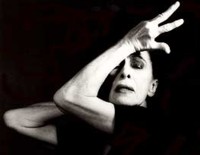 “If any one faculty of our nature may be called more wonderful than the rest, I do think it is memory.  There seems something more speakingly incomprehensible in the powers, the failures, the inequalities of memory, than in any other of our intelligences.  The memory is sometimes so retentive, so serviceable, so obedient; at others, so bewildered and so weak; and at others again, so tyrannic, so beyond control! We are, to be sure, a miracle every way; but our powers of recollecting and of forgetting do seem peculiarly past finding out. ”  Jane Austen,  Mansfield Park

In recalling the birth of this website, again, over a decade ago, I want to revive the mantra that guided me at the time–a kind of love letter to the Soul:

“There is a vitality, a life force, an energy, a quickening that is translated through you into

action; and because there is only one of you in all time, this expression is unique.  If you block it, it will never exist in any other medium and it will be lost.  The world will not have it.  You must keep that channel open.  It is not for you to determine how good it is, nor how valuable.  Nor how it compares with other expressions.  It is for you to keep it yours, clearly, and directly.”  Martha Graham