We had surprise visitors here at The Shire on Saturday.

A Mama Black Bear and her two cubs took up residence in a Ponderosa Pine on the edge of our property.

We could not get a close enough photograph, but if you look very closely near the top third of the tree, you may make out 3 figures–hanging out up there.

The three bears camped out up in the tree all day,

called in to fish and game.

The warden informed us it was probably a first time Mama Bear/Sow,

that was not making the best parenting choices for her two cubs.

The following photos (in the public domain)

give a much more up close and personal perspective … 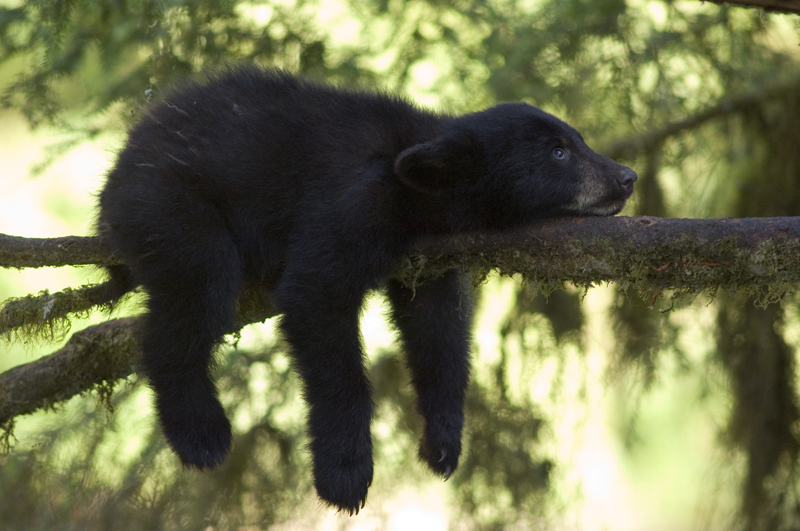 So, our Saturday turned out to be a Bear Vigil.

Throughout the day, we took turns reporting on the movement of the bears,

languidly splayed on branches in the upper tier of the tree.

Quite peaceful, actually, except for the human unrest.

The accommodation in the tree was so cozy, the three bears decided to stay the night.

As it turns out, my son and daughter-in-law (Sally) just happened to be visiting…

Before bed that night, the house was open–windows, screen doors–to let fresh air in.

(after all the smoke and fires)

She awoke during the night, and thought she heard bear whimpering.

Alarmed, she thought:  “The front door is open, oh no!  There are bears in the house!”

Of course, it was just her imagination.

However, she made sure.

A little Netflix, and she was soon back to sleep–bear alarm was over.

Sunday morning:  no bears in the tree.

(they must have quietly tiptoed away) 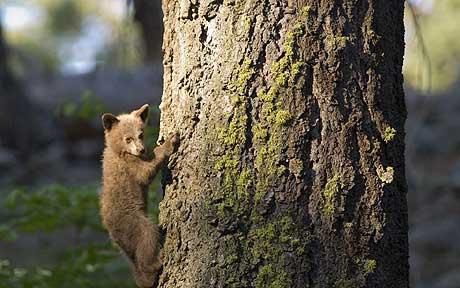 4 thoughts on “Goldilocks and the Three Bears”