“Mirror, mirror on the wall, who’s the fairest one of all?”

We, and I mean the Royal “We” celebrated our birthday recently.

(More about that later.)

It is estimated that over 40 million baby boomers are over the age of 50; 51% female.

That statistic comes from MetLife, alas, as the http://www.census.gov is shut down.

Simple math tells us, dear readers that are at least 20 million women

on their way to being Crones!

Some time ago, I developed a workshop series titled “The Witch and the Queen”

(based on the witchy work of Kate Amatruda & Lauren Cunningham).

In these workshops, we pondered the idea

that we channel, so to speak,

the archetypes of Witch & Queen on our way to the Crone.

Rather than limiting ourselves to the notion to the 3 stages of woman,

could it be there is more to it?

Our recent birthday celebration had us re-visiting the fairy tale of Snow White.

In the story, Snow White naively becomes victim to the envious Evil Queen.

The Queen in disguise, offers our heroine the apple which puts her into a deep sleep… 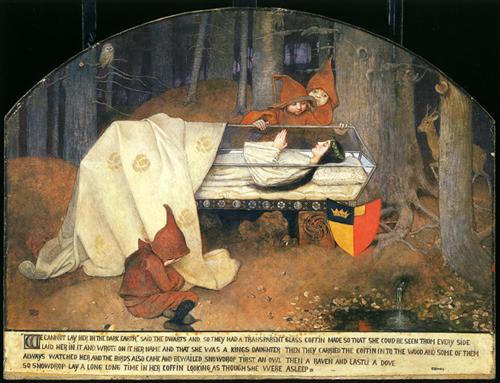 The Maid, is no more, or so it seems.

We all know the rest of the story.

But, it is important to recognize it is the encounter with the Witch Queen, that transforms dear Snow White into the mature adult woman she was meant to be.

I think we can draw from this as we Crone–

which is now a Verb in my vocabulary.

I aspire most days to The Queen, and in particular,

The Virgin Queen, who is “one unto herself”.

And then, horror of horrors, there are the other days…